Fostering productive disagreement as a norm has never been more important with topics such as #MeToo, Environmentalism, LGBTIQ+ issues, even our own democracy all requiring engaged, informed respectful discussions and debate.  Unfortunately, with the incessant rise of virtue signalling and instant, often public, judgements of ‘others’ many are actively avoiding meaningful discussions.  This is disastrous for us as a society, but also for the wellbeing and performance of our organisations and institutions. Could a focus on curiosity help?

During the summer break, I finally had the opportunity to finish watching the wonderful television series Ted Lasso. For those who haven't seen it, the series tell the story of Ted, an American football coach who is hired to coach an English soccer team despite having no previous soccer experience. There is plenty of comedy in the 'fish out of water' elements of the show, but there is also much substance in the way Ted goes about building his team and winning over those around him.

One episode stuck with me long after I finished watching it. In that episode (season 1, episode 8) Ted challenges Rupert, who is his boss’s ex-husband, to a game of darts in the local pub. Rupert is the former owner of the club who lost ownership to Rebecca as part of their divorce settlement. He is a deeply unpleasant character who does his best to undermine and belittle Rebecca at every turn. The deal is that if Rupert wins, he can pick the starting line-up for the last two games of the season, but if Ted wins, Rupert must stay away from the club. With his usual arrogance, Rupert accepts and pulls his personal pack of darts from his pocket, and for a while it appears that he has Ted's measure.

After asking the pub's owner what he needs to win - two triple 20s and a bullseye - Ted informs Rupert that he has been underestimated his entire life, and that it bothered him until he saw a Walt Whitman quote - 'Be curious, not judgmental'. It made him realise that the people underestimating and belittling him were not curious, but instead were judging everyone and everything. He points out that if they were curious, they would have asked questions - such as, 'have you played a lot of darts, Ted?'. Of course, the answer to that question is yes, and Ted proceeds to hit two triple 20s and a bullseye to win the challenge.

What struck me about this particular episode is the lessons that can be drawn from the fictional Ted. Much has been said about the increasing tendency in our society towards division - the 'us and them' mentality and the demonisation of the 'other', that so often dominates social media and popular debate. We see broad division based on race, ethnicity, religion, and political allegiance, as well as with respect to more discrete issues such as attitudes to COVID vaccination and the place of coal in our future. These divisions can manifest in disruptive and damaging ways within organisations and in society more generally. Employees who hold a view that differs from most of their colleagues or their manager may feel obliged to hide their true opinions fearing how they will be perceived or that their prospects might be damaged. The result is that the diversity that is championed and sought after - diversity of experience, diversity of background and diversity of thought - is undermined.

By way of example, I suspect that an employee in a large professional services organisation in one of our large cities would think very carefully before openly stating that in their opinion, Donald Trump was a good president of the United States. The expression of such a view may well leave them open to instant judgment and even ridicule. If we were encouraged to resist that tendency to be judgmental, and instead approach differing views from a position of curiosity, we could not only encourage colleagues to bring their genuine selves to work but we might also gain greater understanding of alternative points of view to our own. Surely it is better - for us, for our own education and for those with whom we disagree - to understand the other rather than to denigrate and dismiss it.

Asking the right questions, such as 'why' and 'tell me more', can help us to understand what makes others tick, and might also educate us on topics we previously knew little about.

A culture of curiosity and openness begins with an organisation's leaders. Of course, we cannot, and should not, seek to sway our people from their steadfast views on particular social, economic, or political issues. We can, however, create an environment in which the exploration of alternative views is the norm. Explaining the basis for decisions made and strategies to be adopted, along with thoughtful discussion of the alternatives considered and not adopted, demonstrates the importance of 'why'.

At 55M we work with individuals, teams, and organisations to be curious and channel their inner Ted Lasso.  We firmly believe that personal development is a team sport and that curiosity - about ourselves and others - is crucial.

Below are some considerations to help you be more curious,

Be Curious about yourself.

Where and when might you individually demonstrate bias? What triggers your bias? Being aware of the answers to these questions can help us be less judgemental during our interactions with others.

There are three areas to help you and others be curious and not judgemental:

There are numerous tools that can help you identify your personal identity and the topics where you might be biased and or triggered if your personal values and or biases are crossed. [1]

It might also help to ask a colleague, close friend or family member to identify what, in their eyes, you are passionate about.  How do they perceive your actions? What triggers you? (Siblings are particularly good at knowing this.)

Reflecting on your own attitudes and biases will assist you to consider when you might fall into the trap of being judgemental.  With a heightened level of self-awareness, you provide yourself and those with whom you are engaging the opportunity to have productive disagreements.

Be Curious about disagreement

If you notice disagreement of opinion, feel triggered yourself or sense that your biases are in play, be curious by:

Focus on improving the experience of others

The intention of increasing you and your team’s curiosity is to be more conscious of and to share your perspectives, thoughts, and observations, while at the same time seeking to understand what others are observing, thinking, and feeling.  By being observant and then being inquisitive about how you perceive their reactions and/or behaviours, you have the opportunity to align on your respective intents.

Don’t forget to take the time to personally reflect and consider how you might better behave and or communicate differently to improve the impact and the experiences you create for those you are engaging with.

Remember no one can tell another how to think, though we can all have a big impact on the experiences others have with us.  Importantly, productive disagreement is not the same as ‘speaking my mind’ or ‘being honest’. The focus must remain on creating a positive experience for others, even if there are differences of views.

With the creation of positive experiences, focus on the agreed facts and debate them robustly.

It is important to align the ‘mental models’, of all team members and stakeholders on what productive agreement does and does not look like within your context.

Remind each other that as you start engaging in these types of conversations, particularly for the first time, it will likely feel clunky and uncomfortable.  This is ok, and normal, but through practice you will all improve.

In naming what you are doing, that being practice, you signal that you’re experimenting, trying something on and/or working at improving – trying hard at something to get better at it.  We’re creating conditions in which we reduce the pressure to demonstrate expertise, conditions that will better allow you to be curious, experiment, gather feedback, and have productive disagreements.

At a time of upheaval in our world, it is more important than ever to have thoughtful and respectful conversations, and not to avoid the difficult discussions that might make us uncomfortable.

At 55M we work with individuals, teams and organisations to be curious, constructive and create environments where you are more able to align intent with how others experience your contributions. 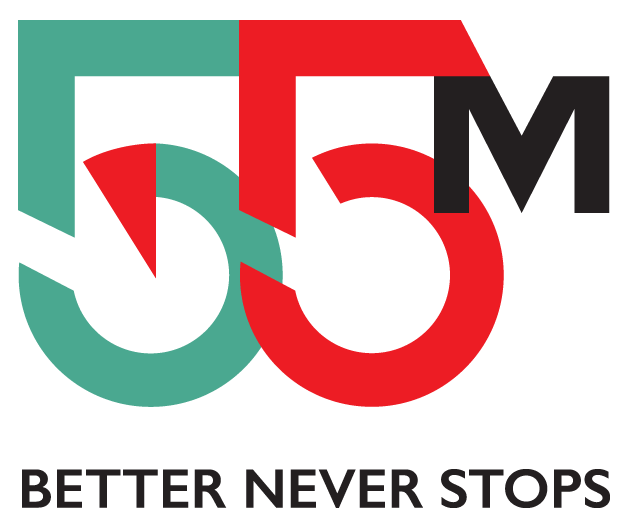 Your privacy is critically important to us. 55M is located at 55m.com.au.

55M also collects potentially personally-identifying information like Internet Protocol (IP) addresses for logged in users and for users leaving comments on 55m.com.au blog posts. 55M only discloses logged in user and commenter IP addresses under the same circumstances that it uses and discloses personally-identifying information as described below.

Certain visitors to 55M's websites choose to interact with 55M in ways that require 55M to gather personally-identifying information. The amount and type of information that 55M gathers depends on the nature of the interaction. For example, we ask visitors who sign up for an account at 55m.com.au to provide a username and email address.

Our Service may contain links to external sites that are not operated by us. If you click on a third party link, you will be directed to that third party's site. We strongly advise you to review the Privacy Policy and terms and conditions of every site you visit.

We have no control over, and assume no responsibility for the content, privacy policies or practices of any third party sites, products or services.

55M may collect statistics about the behaviour of visitors to its website. 55M may display this information publicly or provide it to others. However, 55M does not disclose your personally-identifying information.

To enrich and perfect your online experience, 55M uses "Cookies", similar technologies and services provided by others to display personalised content, appropriate advertising and store your preferences on your computer.

A cookie is a string of information that a website stores on a visitor's computer, and that the visitor's browser provides to the website each time the visitor returns. 55M uses cookies to help 55M identify and track visitors, their usage of 55M, and their website access preferences. 55M visitors who do not wish to have cookies placed on their computers should set their browsers to refuse cookies before using 55M's websites, with the drawback that certain features of 55M's websites may not function properly without the aid of cookies. By continuing to navigate our website without changing your cookie settings, you hereby acknowledge and agree to 55M's use of cookies.